Some Thoughts About Consciousness and the Brain 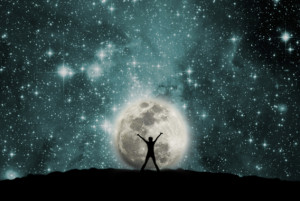 “Looking for consciousness in the brain is like looking inside a radio for the announcer.”

One of the most discussed, studied, argued about and elusive topics in fields ranging from neuroscience to philosophy is the problem of consciousness. What is it, where is it, how do we know? In the 16th century René Descartes famously said, “Cogito ergo sum” (I think, therefore I am), sending us deep into a love affair with the rational, analytical aspects of our brain for centuries. And many still believe that the couple of pounds of grey matter in our skulls is the be-all and end-all of our existence. We think, and that’s it.

But recent times have found that we have neural activity in our heart and gut, as well as the ability to impact each other through our heart’s resonant field, mirror neurons, and even the way we smell. Bottom line, there is a heck of a lot more going on in our general awareness than just the ability to rationally process, to “think” in the classic sense of the word. Consciousness, in other words, is complicated and not to be found at some clear spot in the brain (honestly, if it were, scientists would have found it by now), although many parts of the brain play a key role.

So when I read Haramein’s quote, I asked myself why, at BEabove, do we attempt to link consciousness and neuroscience? Why do we talk about different levels of effectiveness (consciousness), and what role does the brain play? Here are my messy, imperfect, emerging and definitely flawed current thoughts on this.

1) Consciousness is beyond our separate human existence. Neuroscientist (and all around awesome dude) Dan Siegel defines the mind as “an embodied and relational process regulating energy and information flow.” We are embodied, receiving information from our bodies that plays a key role in awareness. We are relational, shaping each other through mirror neurons and multi-sensory information. And we exist within a constant flow of energy and information, being impacted by everything around us.

2) Our specific individual brains are a part of this mad messy swirl. They help us sort and make sense of things. They play a part in the regulation of the “energy and information flow,” taking some things in, leaving others out. They are a fabulous tool for consciousness, but they are not, and do not hold exclusively, consciousness itself.

3) When we work with people’s brains through coaching or leadership to help them “integrate” and “develop” in order to be more effective, what is happening (ideally) are brain states where higher consciousness is possible. In other words, while the brain does not have the monopoly on consciousness, it can really get in the way.

4) Consciousness, awareness, enlightenment, etc., are who we are. But when our brains are dis-integrated, chaotic, rigid, overloaded with stress chemicals, etc., we can’t access this birthright. Thus, at BEabove, we work with the brain (and the body, and each other) to create the sort of state where the higher fields of consciousness are possible.

In other words, higher levels of awareness are not found by thinking our way to them. But a more peaceful, integrated brain will be able to allow these levels of consciousness, while a dis-integrated one will prohibit it.

That’s all I’ve got for now — but believe me, I will be pondering this question with my embodied, relational mind for a very long time, if not forever.