Neuroplasticity, Politeness and Our Habitual Response 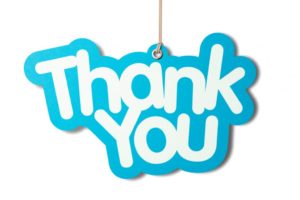 An interesting thing happened to me on my way home from a recent trip. I was in the Oslo airport, repacking my things after going through security. An older man, quite rotund, seemed to be positioning himself as close to me as he could. When I moved to create a bit of distance, he moved too. Twice. Stop it, I told myself, you’re imagining things, he’s just moving to make space for others (there were no others, by the way).

As I finished packing and began to move off, he said something to me in Norwegian. “I’m sorry, I responded, I don’t speak Norwegian,” and turned to go.

“Can you help me with my belt?” He asked, this time in English, holding up a leather belt. (Ick. Who does that?)

“No!” I replied with authority, as he had already creeped me out and this was confirmation that my initial spidey sense (overruled by my politeness habit—more on that to come) was right. But then I added, habitually, “Thank you.”

“Thank you???” WTF? This is my response to a completely inappropriate request from a guy who had already alerted my safety sensors? Thank you?

In pondering this, I a) was proud of myself for my clear and direct “NO” and b) realized that I have a strong habit of politeness, even in situations where a vastly different response would have been more appropriate. Because who knows who he’ll try this on next, perhaps someone less assertive?

Here’s what I wish I had said:

“No! And that is a completely inappropriate request. If you need help, please ask one of the male security personnel.”

Or better still (my favorite, actually):

“No!” And then, very loudly, “This man needs help with his belt! Is there a male security attendant who can help him get dressed?”

“No! And I am going to report you for harassing women. What is your name?”

Or, to security person:

“This man is harassing me with inappropriate requests!”

You get the picture. But my habitual neural patterning (in this case, for politeness) took over, as it is wont to do for all of us in an unexpected situation. Our brains shut down a bit under stress, and so we tend to do what we are most practiced doing.

So what we need to do here is tap in to our brain’s capacity for neuroplasticity, or, said another way, rewiring itself. Throughout my life, my conditioning (and rewards) have been largely from being nice, polite, and a peacemaker, which has created strong and dominant neural pathways in those areas. But neuroplasticity gives us hope. We can add additional wiring for situations that need it.

And in fact, I think I have already—that’s where the strong “No!” came from: my formerly difficult but now habitual self-confidence and ability to create boundaries. It’s taken awareness, practice and support to make my confidence neural pathway as strong as my nice girl one (and learn how to integrate them so it’s not an either-or), and the process of coaching really helped with this.

So I am now practicing things to say in the recent airport sort of situation, so that if I encounter such a thing again, I am prepared with a ready-made neural pathway more appropriate to what’s going on. I want to embarrass the guy, so at least he thinks twice before doing it again.

My goal is not to live in fear, preparing for a host of horrible circumstances. Rather, it is to have choices and an expansion of responses available, instead of saying “thank you” for someone else’s inappropriate behavior.

For a fascinating look at how pervasive and dangerous “politeness conditioning” is, check out this Globe and Mail article from earlier this year.