Watering the Tree of Friendship

My son, who you have all heard of from time to time, recently got his first summer job –ushering for the Minnesota Twins. What a great gig for a 17-year old. And it wasn’t like he went on an extensive search. His first interview (ever) and he was hired.

These are, as you can imagine, highly desirable jobs, and the interview process was basically over at the time he went in. But his 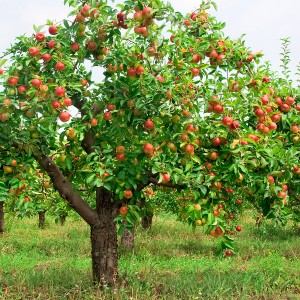 dad’s partner had a connection to the hiring manager through her work, and he agreed to see Noah. Noah dressed up, was polite, appropriately serious, and presented himself well, and, as I said, got the job.

To his credit, he found this both affirming and troubling.  “They would never have interviewed me if it wasn’t for the connection. Is that fair?” he asked me. I told him there were multiple perspectives on this. On the one hand, he is privileged. He is a white kid from a middle-class family. He speaks well and is nice-looking and healthy. None of these things did he particularly earn. It would be a fair perspective to say they are accidents of fate (and what one does with that has been debated for decades).

But that’s not my perspective, fundamentally. I (of course) look at this issue through the lens of the Seven Levels of Effectiveness. From below the line, connection can be all about nepotism and manipulation—what can I get out of this relationship for my own ends? And from above the line, the benefits of connection can be the rich fruit of living a conscious and kind life.

In this perspective, I told him, if his dad’s partner had been a jerk, most likely the hiring partner would not have been interested in helping her with something where there was no benefit to him. She is, however an extremely nice person, and it makes sense that others want to help when she asks for a favor. And if Noah had been unkind to her, or wasn’t the sort of kid who was responsible and conscientious, she wouldn’t have been very motivated to stick her neck out for him. And even with this help connecting, he did have to impress the manager and get the job on his own.

Now look, I’m not completely naïve. I know that this also happens far too often below the line, where people get benefits through nepotism or bias, which they in no way deserve. But that isn’t the only story, and it’s not what seemed to be true in this case. The lesson I wanted to leave Noah with is that being a good person and maintaining positive connections with others is a crucial part of life.

We do this, in my view, fundamentally because above the line, it is who we want to be. We are gracious, connected and kind not because of what others can do for us, but because this is how we want to live our lives. And among the benefits of living this way, the fruit of watering the tree of friendship, is that people help us when they can. That’s my story, and I’m sticking to it. 🙂