Consciousness and the Brain, Part One 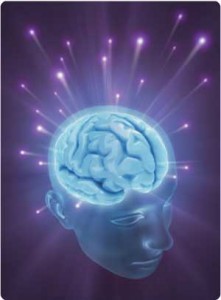 Something not everyone knows: I’m not as much of a neuroscience geek as I might appear.  While of course I am fascinated by the brain in all its endless complexity, I was drawn to this area of study because I have a deep and abiding passion for human transformation. That’s what ultimately drives and motivates me, and my secret project is to map brain changes at different levels of human consciousness.

Of course, to do so, one has to believe there are different levels of human consciousness. In traditional neuroscience, however, they are still trying to figure out if consciousness exists at all, and if so, where it can be found in the brain. It’s a complex set of questions that philosophers and theologians (and now neuroscientists) have debated for all of recorded history. Interesting, but ultimately not a particularly compelling area of inquiry to me. I know it’s not very scientific, but I myself don’t have any question that we are conscious, even if the jury is still out on the absolute proof of the matter.

My work over the past 30 years (yes, I literally did start when I was 18) as a spiritual student, teacher, coach, mentor and guide has pointed in what is a much more fulfilling direction: not whether we are conscious, but how conscious we are. About ten years ago my studies led me to a fascinating man named Dr. David Hawkins, and a book called Power vs. Force. In this book, Dr. Hawkins lays out a research-based map of consciousness, using an exponential scale of 1-1000. It’s powerful, life-changing work, providing an astonishing overview of what it means to be human.

For almost ten years my business partner, Ursula Pottinga, and I have been working with, exploring, and building on Dr. Hawkins’ work. We’ve found that having a map of consciousness is not only helpful, but actually critically important for optimizing coaching and organizational development effectiveness.  A few years ago, we took Dr. Hawkins’ original work and both simplified and expanded it to a personal and organizational development context. BEabove Leadership’s Seven Levels of Effectiveness provide a road map for both knowing where you are and where you want to go. Not in terms of goals and accomplishments, but as your fundamental beingness in the world.

They’ve also given me a powerful challenge. Even though I’ve dodged the question of whether or not science can prove consciousness, that duck and dive is atypical for me. I want to be able to explain, to map out, to prove everything. So, if it is true that we do exist at varying levels of consciousness, I want to know what’s going on in the brain and the body along the way. If our model (and Dr. Hawkins, and many many others) is right, we know people act and react in dramatically different ways depending on their core vibrational state.

My neuroscience studies have so far pointed in some really interesting directions, having to do with the calming of the limbic system as consciousness increases and the integration of the right and left hemisphere. Stay tuned for Part Two of this three-part series: our preliminary understanding of how the brain changes at different levels of consciousness, and Part Three, how to work with the levels effectively as a coach or leader.

BEabove Leadership is now offering the Advanced Coaching Series—Neuroscience, Consciousness, and Transformational Coaching. Available to all experienced coaches, registration is open for classes in Minneapolis in August 2012, San Francisco in September 2012, and a residential intensive in Pennsylvania in November 2012.